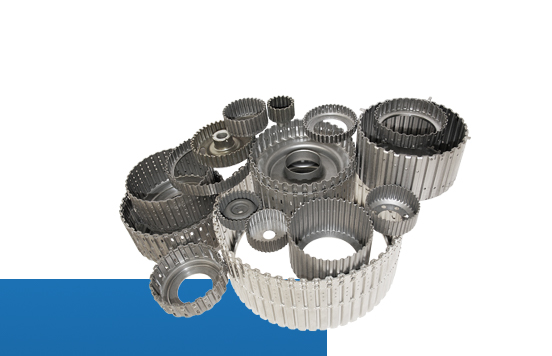 The GROB cold forming process is based on a straightforward and universally applicable principle: the total forming effort needed is broken down into numerous forming increments spread along the entire cylindrical length of the zone being formed. 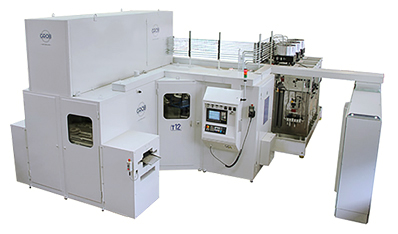 This subdivision means that the forces needed to achieve superior forming rates and high degrees of deformation are relatively low, allowing ready-to-install precision spline geometries to be produced.

As its name implies, the applied process is a pure forming technique during which no swarf is generated.

Using rolling tools a blank is formed onto a roller mandrel (support die).

As a result, a diversity of profile geometries can be produced on internally and/or externally splined workpieces.

Sheet metal components, splined, slotted and coined on GROB machines allow space-saving, lightweight elements which are eminently suitable for powertrain assemblies that shift under load. Typical examples are clutch disc carriers made of high-strength sheet steel. Tube-in-tube sets of steel or aluminium that telescope within each other along splines are used as drive shafts which incorporate safety functions.

Sheet metal components, splined, slotted and coined on GROB machines are popular in both lightweight design applications and as highly accurate elements for speed detection.

In addition to engine and power train applications, GROB cold forming is used to produce various other cost-effective automotive components. A typical example is splined tubing for height adjustment in steering columns.